When the bookshelves are weighed down with massive tomes by celebrity chefs and diet dictators it is pleasing to encounter a tasty morsel of a book like Doughnut: A Global History. Hunwick, a food consultant based in Australia, sees the doughnut as a quintessentially American work, although there is a surprisingly deep social context here.

Many ancient civilisations had something similar although most were more like cakes or bread. In fact, the doughnut can be hard to define: Hunwick eventually settles on deep-fried dough, usually sweetened. There was a Dutch dessert, deep-fried balls of yeasty dough called olie koeken, that crossed the Atlantic with the early settlers, although the French and Spanish can also stake a claim. Hunwick has a good time tracing recipes and family cookbooks, concluding that something that looks recognizably like a doughnut was common in American communities by around 1800. 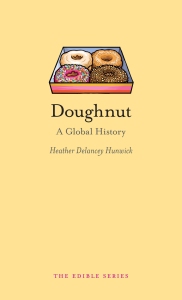 But they still lacked the defining element of the hole. There are various explanations for the appearance of the hole but the main theory is it that occurred because cooking methods of the time were not sufficiently hot to cook the lump of dough all the way through, resulting in a soggy centre, popularly called a sinker. The inventor of the doughnut cutter remains, unfortunately, lost to history (Hunwick is dismissive of claims that it was a Maine seafarer called Captain Gregory, although she includes a photograph of a statue of him with a holed doughnut). The first patented cutter appeared in 1857 and the simple device, together with developments in standardized ingredients, took the doughnut out of the home kitchen and into the retail sector.

Which is where one Adolph Levitt, a New York baker, came in. He realized that freshness was a key to sales, and in a breakthrough moment he moved his doughnut-frying kettle into the window of one of his stores, so passers-by could see exactly what they would get. Inspired.

But Levitt had an even greater contribution to make. In 1920 he came up with a remarkable piece of technology, the Wonderful Almost Human Automatic Doughnut Machine. Dough went in, doughnuts came out, all in public view. By 1930, one of his machines could produce 3,000 doughnuts an hour, and even at 15 cents for a dozen the vendor could still turn a profit. By 1939, Americans were consuming 3.96 billion doughnuts a year. Wartime demand by GIs serving overseas increased the number even further, and took the American doughnut global.

Hunwick tracks the development of the modern doughnut through a range of franchises and chain stores but she is particularly interested in the way that doughnuts, so long a standardized product, started to become specialized by region and city, with exotic glazes and different ingredients added to the mix. The Dirty Snowball from Voodoo Doughnut in Portland looks especially enticing. The Doughnut Plant in New York is also pushing the doughnut frontier. The doughnut has become culinary art – which is not to say that a plain sugared one is not an entirely satisfying experience.

Hunwick provides recipes for historical, new, classic and groundbreaking doughnuts, rounding out a book that tastes just right. As for the subject, perhaps the final word should go to doughnut connoisseur and cultural icon Homer Simpson, who in one episode says: “Doughnuts. Is there anything they can’t do?” No, Homer, apparently there isn’t. 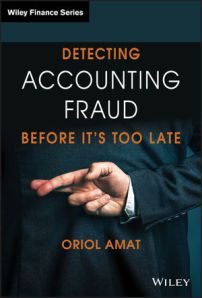 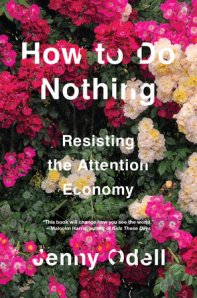 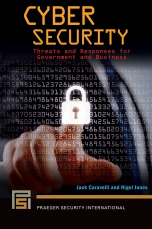