Appearing in In The Black magazine, July 2016

The Light and Fast Organisation

Dealing with change is the fundamental challenge for companies in 2016 but too often the solutions are incremental improvements on business as usual. Hollingworth thinks there is an alternative, although it involves a thorough rethinking of approaches and attitudes.

As an extended metaphor, he draws on his favourite past-time, mountaineering, and on the changes that have taken place in the sport in the past few decades. Climbing the world’s highest peaks used to be a massive logistical exercise, with ascents planned like military campaigns. But now there is a new generation, called extreme alpinists, who go with minimal equipment, alone or in very small teams, adapting to changing conditions rather than trying to control them. This is an interesting way of looking at things (although Hollingworth tends to labour the point) but seeing how ‘light-and-fast alpine style’ can be put into practice in business is rather more difficult.

Hollingworth draws on a range of thinkers as well as his experience as a consultant, especially when he is discussing the inadequacy of alpha-type CEOS sitting at the top of hierarchical bureaucracies. Flatter organisations tied together with technological linkages and led by individuals in touch with their emotions might be more appropriate. The model Hollingworth develops is a combination of skills, insights and traits, which he unpacks through the second part of the book, emphasising the importance of tactical resilience and strategic engagement.

There are times when Hollingworth gets carried away with the pace of his argument, and implementing the system might be harder than he suggests. Nevertheless, there are many interesting ideas in this book, and there is food for thought for both entrepreneurs and those working within the corporate framework.

Cashing in … How To Get Your Business Humming

Fitzpatrick, a CPA divisional councillor with a background in advising SMEs, cites data that 90 per cent of small business failures relate to poor cash flow. He draws on his experience to provide advice on common problems, starting with how to keep decent books and continuing through to selling on credit terms and using financial products to help smooth cash flow. There are some issues, such as receivables management, which are common to all businesses, and others which relate to specific situations, such as companies with high up-front outlays. Fitzpatrick also offers information on tax payments and briefly examines emerging possibilities such as FinTech lending and peer-to-peer finance. There is also an appendix of tools including a cash flow forecast template and a draft terms of trade agreement. None of this is revolutionary but it adds up to a helpful, authoritative package.

Given its importance, motivating employees receives surprisingly little attention, with many companies opting for a one-size-fits-all approach. This is not just useless, according to Freeman, who mixes a background of sports psychology with corporate consulting, but can be counter-productive. Rather than motivating to succeed, an emphasis on bonuses and financial benefits can lead to motivation to avoid failure, with little real link between performance and the incentive. This results in a lack of innovation and collaboration, and ultimately leads to disengagement. The key is to find what is important to each individual, which involves an investment of time from company leaders. Freeman illustrates his approach through interviews with senior figures in NAB, Lendlease Asia, the ACCC, Wesfarmers and AMP. There is a questionnaire at the end of the book to establish ‘motivational mindset’, which helps to clarify the issues and solutions.

HBR On Point – Managing Up

The Spring 2016 issue of HBR On Point brings together a number of critical articles on the problem of managing upwards, an issue that most people will encounter as they move up the ladder.

Larry Bossidy has held enough senior positions to know the issue from both sides, and he believes that most direct reports want clarity about goals and processes, as well as relevant feedback. In ‘What Your Leader Expects of You’, he suggests that the best way is to communicate with honesty if the boss is failing to provide what is needed. If he or she is not willing to enter into a “leader’s compact” an effective course can be to create a compact with your own subordinates, and demonstrate by example.

In ‘Managing Your Boss’, John Gabarro and John Kotter draw up a list of key points:

Other articles in the collection include ‘Get the Boss to Buy In’ by Susan Ashford and James Detert, and ‘What to Do If Your Boss is a Control Freak’ by Karen Dillon. 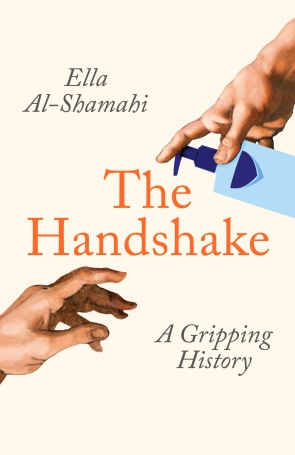