Appearing in In The Black, October 2016

Trained as an accountant, Vijay Govindarajan presents an elegant, practical framework that enables managers to look to the future while maintaining a firm grip on the present.

Business strategy is about sustaining profitability, and yet too often the daily grind of making the numbers work stops managers and executives from looking ahead.

Most people in business acknowledge that the future is going to belong to those with the right innovative mindset. Often the challenge is to juggle innovation with business’s day-to-day demands. 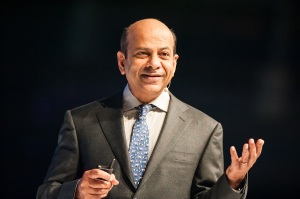 Vijay Govindarajan sees this duality as the key business issue of the 21st century. “How do you align your organisation on the critical, but competing, behaviours and activities required to meet the performance requirements of the current business, while simultaneously and dramatically reinventing it?” he says.

“What is needed is a simple and practical way for executives to allocate their time and resources across the demands of today’s requirements and tomorrow’s possibilities.”

In his academic life, as Coxe Distinguished Professor at Dartmouth’s Tuck School of Business, Govindarajan has been looking at this question for many years in a number of his books, as well as in his Harvard Business Review blog.

Known widely as “VJ”, he has had a remarkable academic career. An article he published (with GE’s CEO Jeff Immelt) on reverse innovation in the Harvard Business Review has been rated by the magazine as a crucial “Big Idea” of the past decade. As a consultant to business, he has worked with more than a quarter of Fortune 500 firms. The prestigious Thinkers 50 group ranks him as the leading Indian management thinker.

His origins, however, were humbler than most on that list. He grew up in a one-bedroom house in the south Indian city of Madras (now Chennai). Early training as an accountant helped him develop a practical, finance-based approach.

As a consultant to a wide range of companies, including GE, Hasbro, IBM, Tata and the Mahindra Group, he has been able to test and refine his ideas in real-world situations.

As chief innovation consultant (and professor in residence) for GE in 2008 and 2009, Govindarajan oversaw the design of a process to grow the company’s healthcare business in India. A task force of 20 executives from within GE was assembled – but not all from the senior echelons. Many were chosen on the basis of being “maverick thinkers” and fairly young.

This team was supplemented by another group of 20 from outside the organisation: academics, government officials and non-consumers. The 40-member team spent a week identifying signals that suggested a variety of non-linear shifts.

The outcome was a series of ideas for “good enough” quality medical imaging devices to be produced at very low cost. This strategy of fitting product options to the market put the company in the leading position in a growing field.

Mavericks also played a critical role in another company for which Govindarajan has consulted – the Indian conglomerate Mahindra & Mahindra. To bring fresh perspectives, a structure was put in place to identify, listen to and respect the voice of mavericks within the company.

This was supplemented by a policy of hiring senior executives from other companies who had been forced into retirement. The aim, says Govindarajan, is to avoid being tied to the status quo and to develop the capacity to plan for an unpredictable future.

Together with marketing consultant Christian Sarkar, Govindarajan has also led a challenge to the corporate world to design a simple dwelling that provides shelter, clean water and solar electricity for the world’s poorest citizens – for a cost of no more than A$300.

Experts have responded with thought-provoking analyses of the problems this presents, including design, energy and marketing. Govindarajan sees the challenge as a way for the world’s biggest multinationals to work with, and learn from, those living in the world’s slums.

Thinking inside the box

The framework set out in his new book, The Three Box Solution, draws together many of his themes and is both elegant and practical. Box 1 of his three-box solution is about the present and involves managing the core business at peak profitability. Box 2 deals with abandoning those ideas, practices and attitudes of the past that could inhibit innovation. Box 3 is about the future, converting breakthrough ideas into new products and businesses.

The point is to achieve balance between them, recognising the importance of each and the interaction between them. Some executives who have successfully used this model make a point of auditing the amount of attention they devote to each box every week.

According to Govindarajan, many companies are stuck in Box 1 – the present. The reasons are obvious: the rewards of focusing on the present are immediate and measurable, the skills and expertise needed are known and available, and the risks are understood. Box 1 is the comfort zone.

“The biggest challenge you have in balancing the three boxes is that the greater your success in Box 1, the more difficulties you are likely to face in moving towards Box 3 strategies,” says Govindarajan. 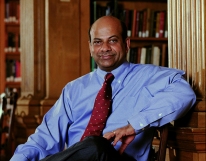 “The most pernicious effect of the success trap is that it encourages a business to suppose it already knows what it needs to know to succeed in the future, but organisations that do not continuously learn new things will die.”

Govindarajan believes that a company looking to build a Box 3 has to look outside its usual recruitment parameters. Young people, people with a creative rather than technical background and “mavericks” can be crucial assets, but they need to have direct access to the key decision-makers of the organisation.

The principals should probably be prepared for some resentment toward the Box 3 group from those who are the core of Box 1 strength, who can see their skills as being devalued. So the top tiers of management need to explain the overall strategy and to lead with conviction.

Preparing for the future

Govindarajan readily acknowledges that not all bets about the future will pay off. He refers to the practice of “planned opportunism” – preparing for the future even when you cannot reliably predict it – which has been successfully implemented by several companies he has advised.

“Box 3 ventures are filled with uncertainty and are powered by experimentation,” he says.

“Placing smaller investments before bigger bets is the best way of limiting risk when the amount of certainty is lowest. This is especially important where your target market is embryonic.”

In some cases, the business model might need complete rethinking. It might make sense to make alliances across the supply chain, for example. The larger and more diverse a company gets, the harder it is to change – so it might need to spin off function-specific units or divisions as separate companies.

Mahindra followed this course as Govindarajan helped it build its Box 3.

While moving towards Box 3, however, firms must also work at Box 2, which requires selectively forgetting the past to build a culture that accepts and absorbs continuing change.

“There is nothing so powerful as an entrenched set of obsolete values and practices,” says Govindarajan.

“They can come to seem as immutable as the laws of physics.

“The dominance of the past has the ability to freeze time and enforce inertia.”

He examines the impact that Lou Gerstner had on IBM when he took the CEO role in 1993. Gerstner identified complacency as the problem at IBM and initiated a program for senior executives to talk directly to customers about their concerns. This led to a series of research projects designed to take the company away from its legacy businesses. 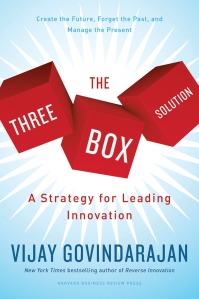 Moving towards a culture of innovation by getting past the legacy can be a painful process. Govindarajan cites Mahindra’s realisation that India’s 1990s wave of economic deregulation would fundamentally change the company’s environment.

As CEO, Anand Mahindra identified a bonus that had come to be seen as an entitlement, and he fought to return it to its original purpose – creating significant short-term HR problems.

When the fight was eventually won, he had gained a broad recognition that the whole company needed to focus on innovation and competitiveness in order to survive.

“When setting out to change a business culture, you cannot shy away from the hottest of hot-button issues,” explains Govindarajan.

“Doing the hardest things first can set the tone.”

The three-box solution, he adds, also requires humility from leaders, because it is essentially a strategy for continuous learning.

“In my experience, the most effective leaders are good listeners. They are able to disregard rank and status to find the best ideas.”

Over more than 10 years and nine books, Vijay Govindarajan (often working with co-author Chris Trimble) has wrestled with the question of how to create and execute innovation initiatives. He believes that the crux of the challenge is always the same: businesses are not designed for innovation but rather for stable operations, and so there is a conflict between the present and the future.

His work before The Three Box Solution includes Beyond the Idea: How to Execute Innovation in Any Organization, a step-by-step guide to implementing new ideas.

It shows how to build a team with a structure that lets you simultaneously create something new and sustain what exists, how to manage any innovation initiative as a disciplined experiment, and how to implement three models for moving from ideas to action.

In How Stella Saved the Farm, he provides a parable about a farm in trouble and how it innovates to get back on course. While seemingly a light read, it is grounded in solid research and offers practical principles for making innovation happen.

His other works include Ten Rules for Strategic Innovators: from Idea to Execution and The Other Side of Innovation. Books aside, Govindarajan has published a string of well-regarded articles and writes a blog for the Harvard Business Review, where he discusses innovation, leadership and global business issues.

Box 1: The present – manage the core business at peak profitability.

Box 2: The past – abandon ideas, practices and attitudes that could inhibit future innovation.

According to Vijay Govindarajan, the three main Hindu deities correspond to the effort of sustaining a business. Like Vishnu, the god of preservation, a company must build its existing core.

Like Shiva, the god of destruction, it must do away with unproductive elements of its past.

Like Brahma, the god of creation, it must create a potent new future that will replenish what time and circumstance have destroyed.

Consistent with this philosophy, says Govindarajan, the work of sustaining an enterprise is a dynamic and rhythmic process – one that never ends. 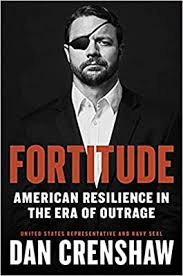 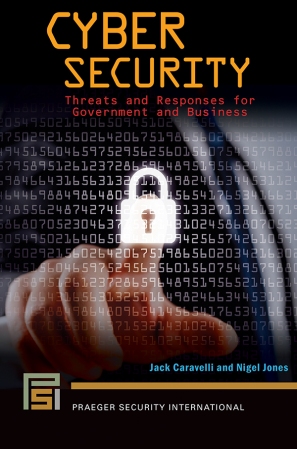 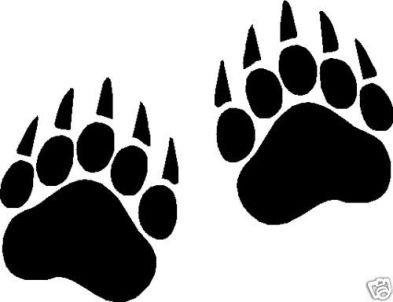