Appearing on In The Black Online, February 2017

Why a forgiveness culture is the key to workplace innovation

Innovation comes when people across the enterprise feel that they are able to experiment, try things and, yes, occasionally fail, says Dr Amantha Imber, CEO of Inventium, a firm that specialises in science-based innovation training and consulting.

Imber is author of the respected book, The Innovation Formula.

“If you want to kill someone’s innovative instincts, micromanage them,” she says.

“You will end up with people who do their jobs – and absolutely nothing more.”

For leaders who want to create a culture of innovation, the key is to communicate to employees that the way things have always been done may not be the best way to deal with emerging challenges.

A critical part of this is accepting that not all innovations will succeed, and that occasional failures are inherent to innovation, and will be forgiven.

The crucial message to employees is that they can try new ideas without having to first go through a bureaucratic process to obtain permission. Especially in large companies, the task of seeking permission can be slow and gruelling, and is often derailed by people with an interest in the status quo.

In a “permission culture”, any energy associated with a new idea will soon be lost in a welter of forms, meetings and delays as the proposal inches through the hierarchy.

In a “forgiveness culture”, the emphasis is on getting the idea to the landing strip to see if it flies.

Why a culture of blame will damage your organisation

“Unfortunately, too many companies in Australia have a very low degree of tolerance for ‘heroic failures’,” says Imber.

“If anything, there is often a culture of blame: if something doesn’t work, there is a desire to find out who is responsible and make sure they don’t do it again.”

Companies may as well send the message that any sort of thinking is dangerous. 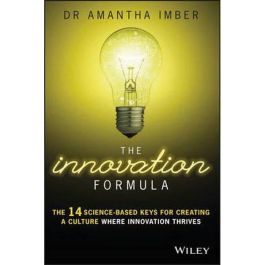 “A failure should be analysed but the reason should be to find the causes rather than punish the culprit. That is a very important distinction.”

Imber recognises that there must be limits on experimentation. No-one is suggesting that innovation attempts that lead to illegality, ethical breaches or bankruptcy should be supported. In practice, she says this is extremely uncommon.

“Managers should credit their reports with common sense and the ability to tell right from wrong,” she says.

“The point is not to let them run wild, with no managerial supervision. It is to give them the freedom to take some risks and to work out how to do things better.”

How to move away from the blame game

Moving away from the blame game and creating a forgiveness culture is no easy task.

Peter Wilson FCPA, President of the Australian Human Resources Institute and author of the book Make Mentoring Work, emphasises the need for a holistic approach.

“Innovation has to go from recruitment ads to induction programs to ongoing training,” Wilson says.

“There is so much competitive pressure now that it is tempting to retreat to the bunker and stay with what you know, but in the long term that is the wrong way to go.”

Failing often but quickly is better than doing nothing

Wilson says people must be allowed to try out ideas. If they don’t succeed, wind up the experiment and work on what you’ve learned. Picking the time to stop the trial run is the job of team leaders and middle managers. Failing often but quickly is a better strategy than doing nothing, he says.

Wilson makes it clear that company principals have to lead the way.

“It can be encouraging if the C-level leaders and board members are willing to share anecdotes of their own failures, from earlier in their careers – with an emphasis on the learning experience – and frame it by explaining the challenges facing the organisation.”

Another way of spreading the message is through public recognition of well-meant failures, even at lower levels of the organisation. This is important in the process of culture-building and a sign that forgiveness is available.

Imber agrees with the need for involvement from the senior levels.

“The worst thing that company leaders can do is say that employees should seek forgiveness rather than permission – and then publicly blame people who have tried and failed,” she says.

“You have to have consistency and follow-through. Then you can get the process going.”

While forgiveness is usually associated with innovation, there is another aspect important for managers: it can play a critical role in finding the right work-life balance.

Avoiding stress and burnout is best achieved by being able to leave work pressures at the office. This means not obsessing about minor issues, such as an otherwise effective employee arriving late or a deadline being missed. Forgiveness is a means of keeping the small stuff in perspective.