Appearing in In The Black magazine, June2018

Whether they know it or not, many households are becoming financially stretched, but with a taste for the high life – and historically low interest rates – there seems to be little Australia’s savings rate is low, and getting lower. incentive to save.

If Australians are learning anything from the 2018 Royal Banking Commission, it’s that we have a big appetite for debt – and financial institutions have been happy to indulge us – with mortgages, loans, credit cards and overdrafts sometimes far beyond our means to repay. While the Australian economy continues to experience modest growth, saving levels continue to fall, and personal debt is increasing.

Indeed, many households are only one crisis away from financial hardship.

“This is a multi-faceted problem,” says Paul Drum FCPA, head of policy at CPA Australia. “We are seeing wage stagnation in many sectors, disincentives to save, and very high property prices. It’s a dangerous mix.”

According to the ABS System of National Accounts, the household saving ratio stood at 4.6 per cent in 2016-2017. The ratio represents the percentage of net savings on net income, and this was its lowest point in nine years. It continues the downward trend of the past five years, and it’s the longest run since 13 consecutive quarters of no increase in savings recorded between 1985 and 1988.

Drum notes that, at present, government policy provides no incentive to put money aside. He acknowledges that most Australians have superannuation accounts of some type, but he believes many people do not see them as a form of saving.

“It’s good to have super as a form of retirement savings, and its tax-preferred status has been effective for that,” he says. “But it does little to recognise the necessity for individuals to save income outside of super to cope with sudden problems or make capital purchases without going into debt.

“In fact, taxing income from savings accounts at the same level as the individual’s marginal personal tax rate adds up to a relative disincentive. Providing a tax discount would encourage greater savings and investment outside of super. Coupled with other moves, it might also encourage investment in assets other than only the family home.”

The 2010 Henry Tax Review into Australia’s taxation system proposed that there should be a 40 per cent savings income discount available to individuals for non-business related net interest income, net residential rental income (including related interest expenses), capital gains (and losses), and interest expenses related to listed shares held by individuals as non-business investments.

CPA Australia underlined its support for this proposal in its submission to the Commonwealth Government on the 2018 Federal Budget.

Increasing the total level of savings would provide a greater pool of funds for investment and would add a welcome element of financial diversification for many Australians, CPA Australia noted.

“Many people, especially younger generations, have become used to not saving much, if anything, from their disposable income, and comfortable with levels of debt that once would have been unthinkable,” Drum says.

“It may be because younger people have only ever really known a low-interest rate environment. They often have a high-consumption lifestyle, without realising that they are very financially stretched. Having a buffer would be a good strategy against the day when there is a personal setback or a general economic shift, such as a significant rise in mortgage interest rates. A tax discount means that a savings buffer would make financial sense as well.

“At the very least, we would like to see the proposal of a tax discount examined in more detail by the government. Some modelling by Treasury would be very helpful to see how it would affect the savings rate, and might suggest other policy moves to improve the picture.”

The other side of the low savings rate is the increasing level of household indebtedness. According to the ABS Household Income and Wealth Survey, which asked 18,000 Australians about their household income and debt levels in the 2015-2016 financial year, about 29 per cent – or 1.9 million households – were classified as over-indebted in terms of their debt-to- income ratio. This means they had debt three or more times their annual disposable income. In 2003-2004, it was 8 per cent lower, at 21 per cent.

“There was a slight uptick in the household saving ratio at the end of 2017,” says Bruce Hockman, chief economist at the ABS, “but it appears to relate to employment growth, so aggregate income has been a bit higher. Household consumption figures are high and continue to grow, indicating that people prefer to spend rather than save. We are not in a period of ‘dis-saving’, as has occasionally happened before, when people have to dip into whatever savings they have to meet day-to-day expenses, but many people are living at the edge of their means.”

Over three-quarters of over-indebted households lacked sufficient “liquid” assets to cover a quarter of the value of their debts. This is a major red flag, as it means that these households are at risk of defaulting on their loans if there is a reduction in their income, or they are required to repay more.

Significantly, it is better-off Australians – the upper 20 per cent on the wealth scale – who are the most indebted.

“About 47 per cent of the more wealthy households that have a property debt are over-indebted,” Hockman says. “In some cases it is because they have one or more investment properties, in others, they have bought a very expensive house. There is often an implicit assumption that interest rates will stay low. That’s a worrying assumption. People with this level of debt are susceptible to real problems if market conditions change, or if there is a change in household economic circumstances.”

“Continually financing a lifestyle on debt, and on the expectation of rising asset prices, is a recipe for trouble,” Drum says. “Many people should sit down with a finance professional and take a close look at their position, and make sure they can weather any storms that come.”

“For many people who seek our help, there has been an event that has upset their usual financial arrangements,” says Janet Inglis, a financial counsellor with the National Debt Helpline. “It might be a sudden illness or the loss of a job, and suddenly money becomes a real issue.”

The National Debt Helpline is a not-for-profit service that helps people tackle their debt problems, which includes ensuring they know their rights, identifying ways to increase income, prioritising debts, and providing emotional support.

“Our clients come from across the spectrum,” Inglis says. “An increasing number are casual workers whose working hours have suddenly been reduced. Underemployment and job insecurity are often linked to indebtedness. Trouble with repayments on car loans is another common reason for people to seek our help.

“When people have exhausted their savings, the stress and anxiety compound. It is a real blow when letters of demand begin to arrive and debt collectors start to knock on the door. A good part of our work is to ensure that people are aware of their rights, including hardship provisions. We provide guidance on how to negotiate payment terms.’’

For people with few options to tackle their debts, financial counsellors explain what comes next and what creditors can do to recover their money, including taking legal action. This usually leads to the difficult conversation of selling assets.

“It is always better that people take control in such situations and to not wait for the creditor to act,” Inglis says.

“The key is to plan for the unexpected. Acknowledge that bad things can come out of the blue. Work out how much of a buffer you might need to ride out tough times, then do what you can to build a reserve to that level. Be realistic about your income, your lifestyle, and expectations. If you have something in reserve and never need it, well and good. But knowing it is there can provide peace of mind.” For further information, visit National Debt Helpline or call 1800 007 007 to speak to a financial counsellor. 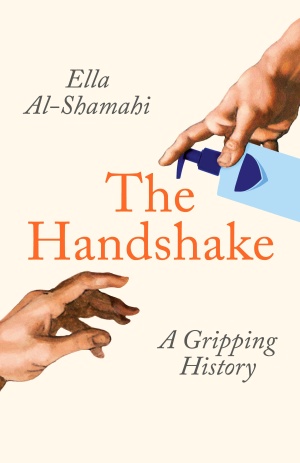