Appearing in In The Black magazine, November 2019

Registered tax agents should think carefully before representing a client on a tax dispute at the Administrative Appeals Tribunal, as many of the rules are unclear and the issues are poorly-defined. It is entirely legal for accountants to appear for a client at the AAT – in fact, the Tax Agent Services Act expressly allows registered tax agents to do so – but that they can does not automatically mean that they should.
According to figures provided by the AAT in its submission to the review of the Tax Practitioners Board, last year about 30 per cent of people who took a tax dispute to the AAT were represented by their accountant/tax agent, or 198 of the 316 cases in the Taxation and Commercial Division. In the other cases, the appellant was represented by a lawyer.
The AAT is not a court but an administrative body that reviews specific decisions of other government agencies, including the Australian Tax Office. It considers whether, on the facts presented to it, the correct or preferable decision was made in respect of the applicable law, rules and government procedures. Its own decisions are judicially reviewable.
Despite the administrative status of the AAT, many issues put before it involve questions of statutory interpretation and close reading of rules. This raises a critical question for accountants: where is the line that separates appropriate tax advice to a client from unqualified legal advice?
Melbourne barrister and part-time Deputy President of the AAT, Frank O’Loughin QC, notes that when tax agents present cases in the AAT on behalf of their clients they are involved in work that includes both legal and factual elements.
“Applying taxation laws to the facts of a taxpayer’s case is always legal work,” he says. “Registered tax agents are permitted to represent their clients in undertaking this work. Different aspects of Australia’s tax system call for deployment of different types of skill and knowledge. Some aspects of the work in the AAT lend themselves to the skills of accountants, others lend themselves to the skills of lawyers. Other aspects are common to both.”

The TASA provides a ‘safe harbour’ for registered tax agents against the prohibition on legal advice. This is a provision in a law or regulation that affords protection from liability or penalty under specific situations, or if certain conditions are met. The safe harbour concept is used in several areas of law, including taxation. 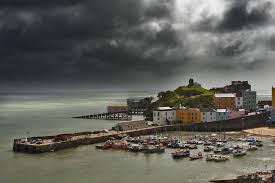 A difficulty is that it applies only when an accountant is doing the ordinary, ‘bread and butter’ work of an accountant, including advising on general Commonwealth tax issues.
Chris Wallis, a barrister who has published a number of articles on the subject, believes that many accountants do not really understand the limits of the ‘legal advice’ safe harbour. He also questions a key decision known as the Felman Bubble.
The Felman Bubble concept is derived from the decision in Felman v Law Institute of Victoria [1998] 4 VR 324; (1997) 142 FLR 383, where Kenny J said [at pp.383-4]
… a tax agent who gives advice, as to income tax matters … does not give what is ordinarily understood as legal advice …

“Accountants have long believed that they are entitled to give advice, including legal advice, about the operation of the tax laws more generally,” he says. “But there is no legal basis for this belief, even if the advice is provided in relation to the preparation and lodging of a tax return.”
Wallis cautions that the Felman Bubble does not extend to work in relation to state taxes or superannuation (other than in the context of income tax).
He sees no real difference between ‘engaging in legal practice’ and providing legal advice, a distinction sometime made in the literature and legislation. He believes that accountants’ training simply does not extend to commercial law, legal personality, equity or rules of evidence.

John Morgan, a Melbourne barrister highly experienced in the tax field, likewise sees the weakness of the Felman decision, and argues that a registered tax agent must know not only the tax law but the general law as well, and so must have comparable skills to a legal professional.
“Tax agents are allowed to give ‘advice’ about ’taxation laws’ because it is a ‘tax agent service’ under s90-5(1)(a)(ii) of TASA 2009, and a Federal law overrides the State and Territory laws that prohibit unqualified legal practice,” he says. “Whether this protects non-lawyers from any advice they give that culminates in a tax liability has not apparently been not tested. It may be that a Court would ‘read down’ the TASA protection, in cases where the ‘public interest’ was not served, because of the complexity of the general law.”
There is also the possibility that the TASA may be unconstitutional in attempting to give non-lawyers the right to ‘give advice’ on general law matters, or on ‘liabilities under taxation laws’, at all.
“In any event, registered agents must comply with the TASA requirements, including the Code of Conduct,” Morgan notes. “This includes an obligation to do this, amongst other things, ‘competently’. Often this will be difficult without legal training.”
Morgan also points out that providing legal documents to a client is fairly clearly outside what tax agents are permitted to do. A breach of the Code of Conduct can lead to disciplinary action by the TPB, resulting in suspension or cancellation of registration.
There is also legislation in each state and territory that prohibits an unqualified, uncertified person from engaging in legal practice, and substantial penalties are involved, with similar carve-out arrangements impacting accountants.
And just because a matter relates to tax does not mean that it qualifies for the carve-out: it can depend on the particular circumstances of a case.

Another issue that Wallis raises is the potential for accountants to unwittingly engage in legal practice when they choose to represent a client at the AAT. He believes that many accountants who go to the AAT do not understand the breadth of the issues that can arise and whether the Felman Bubble, while it applies to the representation in the hearing, can be stretched to the research and other work required to prepare for the hearing.
“An accountant before the AAT is almost always appearing to defend a client in relation to work undertaken by the accountant,” he says. “If the accountant submits that the client had provided everything that was needed the accountant has implicitly advised on evidence rather than tax. Similarly, if the accountant concludes that the client did not provide everything that was needed they are advising on evidence.”
He also takes the view that it might be appropriate to require registered tax practitioners to undertake relevant continuing professional development in this area to qualify for the safe harbour provisions.
John Morgan emphasises that in the objection process there is a need to inform the client of the available options, including independent advice, representation by a lawyer and the choice between the AAT and the Federal Court.
“Strange as it sounds, there have been accountants who go to the AAT without their client’s knowledge,” he says. “Perhaps they are trying to defend a mistake they have made. In any case, it is hard to see that it meets the standards of the Code of Conduct.”
Chris Wallis emphasises that the protective strength of the Felman Bubble, which applies in Victoria but not necessarily in other states, is untested.
“From a tax practitioner’s point of view, a prohibition without a bright line test is a disaster waiting to happen,” he says. “The lesson is: if you go to the AAT, be very sure about the scope of the task you are undertaking and why you are doing it.”

Accountants who appear at the AAT should be aware of the indemnity issues, although Director of Fenton Green, CPAA’s Insurance Broking partner notes that not all PI Policies provide complying cover for accountants. “The Professional Indemnity policy coverage needs to provide cover for CPA By Laws as well as all usual professional activities an accountant would undertake. That would include going to the AAT for a review.”
He goes on to suggest that accountants representing their clients at the AAT should keep clear records relating to verbal advice and always reiterate verbal advice in writing. “Do not stray from providing factual and verifiable accounting advice for taxation and bankruptcy,” he says. “Peripheral and personal advice should be highly avoided.”
Deliberately committing an offence invalidates the policy through a ‘fraud and dishonesty’ exclusion. There is a ‘write back’ provision for innocent partners in a practice.
Fenton advises that taking a case to the AAT can involve significant time and effort.
“This decision really needs to be made jointly through consultation between accountant and client,” he says. “Part of that discussion should be to identify the possible benefits as well the chances of success. You have to be realistic in your assessment.” 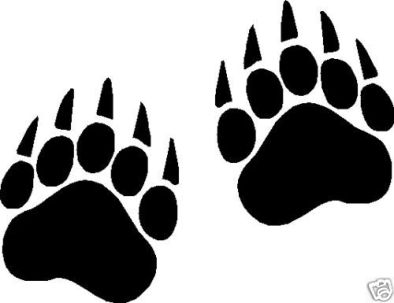 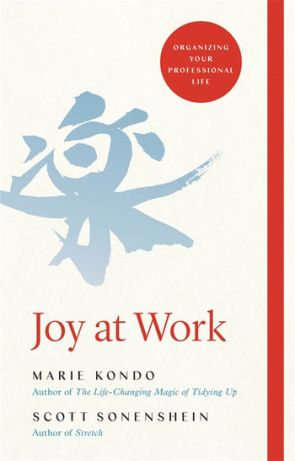