Appearing in In The Black magazine, December 2019

Jumping into a car and heading for the horizon is an idea often associated with young people but it was, in fact, started by two American inventors late in their careers. Edison was the tech entrepreneur of his era, and Ford had created the first affordable vehicles. When they met in 1911 they hit it off, and in 1914 they decided to hit the road. They continued to take regular sojourns for the next decade. They did not exactly rough it, with an accompanying convoy carrying camping and cooking equipment, servants, and a chef.

They traversed the American hinterland, a nearly roadless and often impoverished setting. By all accounts they had a wonderful time. Guinn punctuates the story with vivid portraits and interesting side-trips, and it adds up to an enjoyable tale. One is never too old for an adventure.

How To Do Nothing: Resisting the Attention Economy
By Jenny Odell
Melville House, $49

The early promise of the Internet was about binding people together in a network of opportunities and information. True to an extent, but the darker side is the way the screen often leads to disconnection from the real world. Odell, an artist at Stanford University, believes that we will lead longer, happier, more responsible lives if we ditch the devices occasionally and spend some time doing simple things that brings us satisfaction. After all, the objective of the tech platforms is to keep us looking at the screen so they can make money. Not much of a reason for us to give them so much of our lives, really.

So hit the ‘off’ button. Take a walk, hug someone you love, listen to the world, do something slowly. These things might not sound like much, but they are everything.

The Future is Asian: Global Order in the Twenty-first Century
By Parag Khanna
Hachette, $23

Parag Khanna, Managing Partner of FutureMap, a scenario planning and strategic advisory firm, is very good at drawing disparate pieces of information into a meaningful picture. He collects data on trade, demography and technology to paint a picture of a rising Asia, powered along by an aspirational middle class of over two billion people. 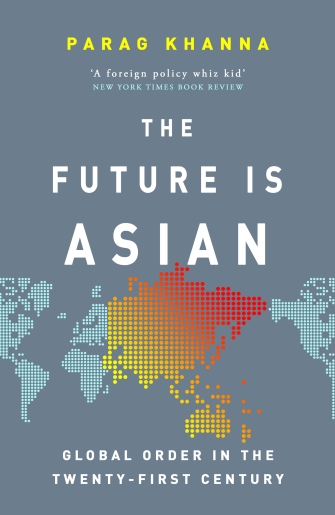 Too often, he says, Western commentators think of Asia only as China and the Pacific Rim. This region is important, he readily acknowledges, but there are plenty of interesting things happening on the Indian subcontinent, Central Asia and the Gulf States. Underpinning the boom in intra-Asian trade is new-gen infrastructure, especially China’s ‘Belts and Roads Initiative’.

Of course, it is not going to be all smooth sailing. Many countries have a legacy of political instability and corruption, and others have longstanding disputes with neighbours. There are no easy solutions but, on balance, Khanna is optimistic.

Think Like Amazon: 50 1/2 Ideas to Become a Digital Leader
By John Rossman
McGraw-Hill, $40

Remember when Amazon just sold books? Now it bestrides the world, and everyone wants to know how Jeff Bezos & Co did it. Rossman was a senior Amazon executive who worked on the scalability side, so he is well-placed to explain. He offers a long list of guiding principles, ranging from developing platforms that can provide self-service growth to focusing metrics on customer relations to using AI-based technologies wherever possible.

On culture, Rossman emphasises the value of semi-autonomous teams and of constant testing and reviews. Even successful units are told to look for disruption opportunities in their area. Bonuses are given in shares and not cash.

Interesting stuff, although occasionally Rossman might have delved more deeply rather than skimming across the surface. Few companies could use all of these suggestions but most could learn from at least some.

The Moment of Lift: How Empowering Women Changes the World
By Melinda Gates
Macmillan, $33

As the wife of Bill, Melinda Gates could have chosen a simple life of counting money and attending parties. Instead, she – and spouse – jumped into global philanthropy, trying to focus their energy and resources where they could do the most good. For Melinda this meant working with women in under-developed countries, on the basis that they were the ones most likely to lift up their communities. She started with the idea that contraception should be readily available but soon realised that a change of mindset through education was needed.

This concept is not new but here it somehow feels fresh. Gates admits there have been times when she felt almost overwhelmed. She was only able to keep going by occasional personal successes – a “moment of lift”. It is a powerful, touching sentiment by someone who is intent on making the world a better place.

The Non-Obvious Guide to Emotional Intelligence (You Can Actually Use)
By Kerry Goyette
IdeaPress, $31

Many discussions on Emotional Intelligence quickly start to sound like feel-good fuzziness but Goyette, who was a psychotherapist before becoming a business adviser, keeps her focus on the practical. She explains how leaders can become more aware of their emotions by asking the right questions of themselves and by seeking feedback from others. This helps them to understand their own motivations and ultimately improves their decision-making.

The book has guides, tests and case studies to show how stronger EI can help a leader overcome performance derailers such as conflict avoidance and impulsivity. Once someone has improved their EI they can more easily recognise problems in others and lead them to better outcomes.

Goyette acknowledges that developing this level of self-awareness is not easy. But the gains in professional achievement and personal satisfaction make it, in the end, a worthwhile journey.

Outspoken: Why Women’s Voices Get Silenced and How To Set Them Free
By Veronica Rueckert
HarperBusiness, $60

Speaking is not difficult, says communications coach Rueckert. Being heard: that is difficult. She has solid advice for women who want their voice to be heard, in both literal and figurative senses. She examines research showing how often women in the workplace are ignored due to their method of speaking, and suggests techniques on how to avoid being interrupted and how to interrupt a conversation – or monologue – successfully. She has interesting things to say about claiming physical space and asserting the right to speak without being aggressive.

Rueckert, who is a trained opera singer, also tackles the mechanics of voice projection, including useful exercises to help transcend “cubicle voice”. Her tone is encouraging and supportive, and sometimes funny. But she never loses sight of her serious point: that liberating the female voice is a key to liberating the self.

Bahcall is a physicist who specialises in a field called phase transitions, such as when water turns to ice. He believes that this explains a wide range of shifts, from voting to the flocking of birds. A series of small structural events tip each other into a cascade.

The main thrust of this book is how phase transition fuels innovation, especially at the leading edge of possibilities. Bahcall presents plenty of examples in science and business, and finds a common thread of ideas being transferred between (apparently) unrelated fields by eccentric individuals. A once-crazy idea suddenly looks plausible, even inevitable. This is uncommon in large organisations, although they can compensate by establishing quasi-independent units of creative mavericks.

Bahcall believes that this area will be a key driver in the next decades. If his enthusiasm is an indication, he might be right. 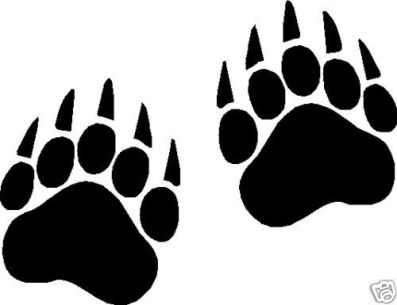